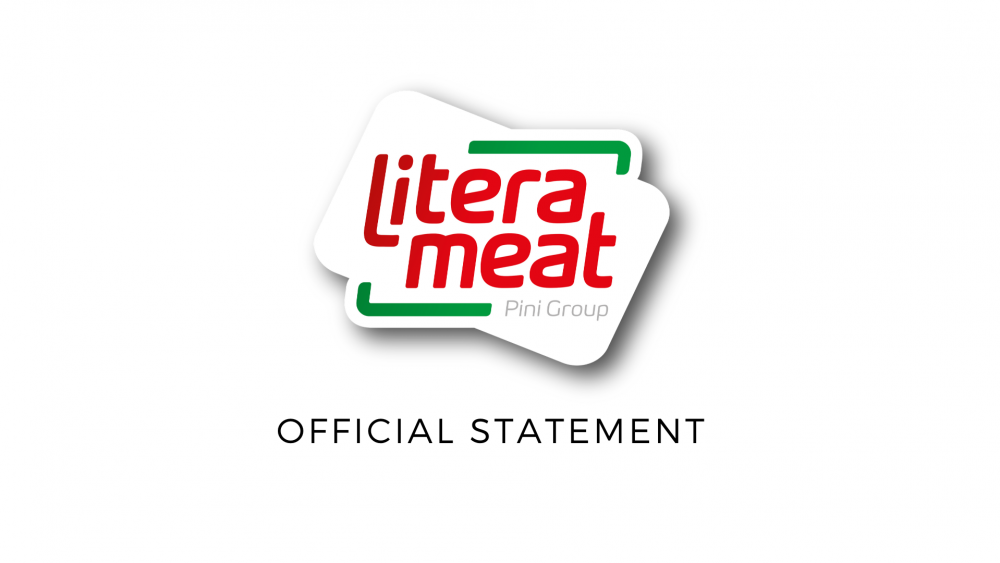 In the face of various items of controversial information which have been poured into the media these days, Litera Meat would like to cut itself off from all those sensationalist speeches which completely distort the reality about the operations and corporate policies of the Company. This type of information which has not previously been verified nor put into context, has given rise to a disproportionate social alarmism as well as unfounded speculations lacking all credibility.

Litera Meat has stayed out of all the media buzz to keep to inform with truthful data endorsed by the Sanitary Authorities. We believe that a global sanitary crisis like the one taking place today must be addressed with the fullest informative rigour and we deeply regret the fact that this situation has been used to spread a distorted message which, in many cases, has prioritised a sensationalist facet. Litera Meat does not identify itself with this way of acting and thus we will continue to communicate the truthful side of the reality currently happening around us.

Since the state of alarm came into force on March this year, Litera Meat has strictly followed the measures laid down by the Sanitary Authorities, carrying out a daily assessment of the situation in order to continuously reinforce the contingency plan in the face of COVID-19. We have worked in tandem with the various competent entities to speed up the implementation of new preventive actions, thus prioritising the protection and safety of all our work team.

Following a first series of serology-based tests massively carried out at Litera Meat’s headquarters last 25th April, the General Management has implemented a protocol to immediately do PCR tests on seropositive personnel as well as on all those co-workers they have been in contact with. To date, around a thousand employees have already been tested and the results of the PRC tests have only confirmed 15 positive cases, of which a significant number were already on medical leave due to having symptoms potentially linked to COVID-19. These figures translate into a proportion under 1.6% of the totality of employees tested, thus representing a percentage which is not far from the current worldwide situation concerning COVID-19.  None of the positive cases have required hospitalisation. They are all locked down within their dwellings—where they are periodically followed up by the sanitary services—and will not return to work until they are completely recovered.

Litera Meat’s General Management will continue to communicate all relevant data and it keeps on conveying a supportive and encouraging message to the population.