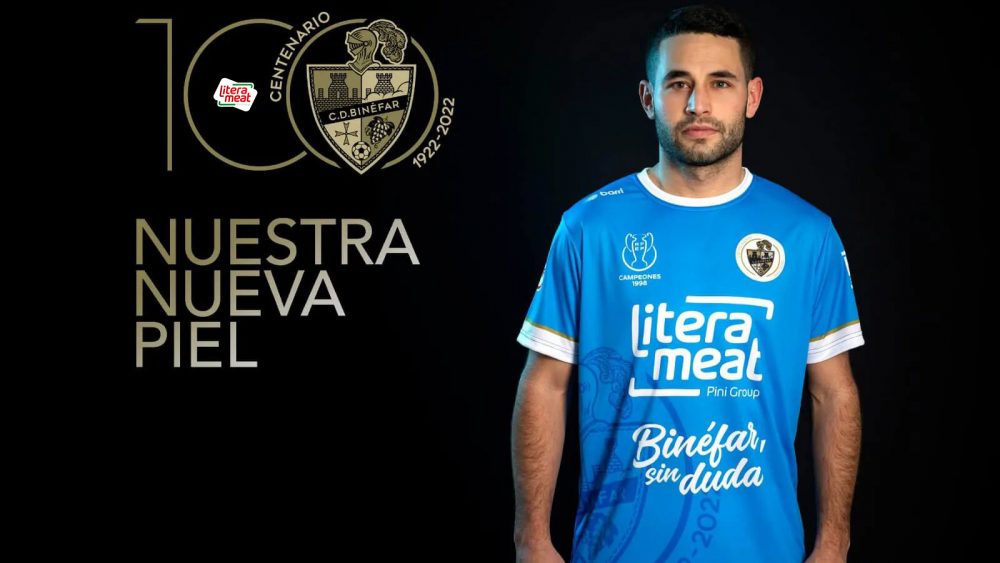 We are reinforcing our commitment to the region and renewing our sponsorship of Club Deportivo Binefar football team, which this season celebrates 100 years of history

Litera Meat has renewed its sponsorship agreement with Club Deportivo Binéfar for the 2021/2022 season and thus becomes its official sponsor for the third consecutive year.

By means of this agreement, our company is maintaining its commitment to the region and showing its support for the local team that throughout this season is celebrating its centenary with different commemorative events. These include the presentation of the new kit on which the image of Litera Meat is positioned next to the new slogan “Binéfar, without a doubt”.

The sponsorship of Club Deportivo Binéfar is part of the group of initiatives that Litera Meat is promoting to show its support of and collaboration with local organisations. In this regard, the company’s executives reaffirm their commitment to the values of effort, teamwork, tenacity and passion that characterise CD Binéfar, wishing the entire football team a season full of victories and objectives achieved. 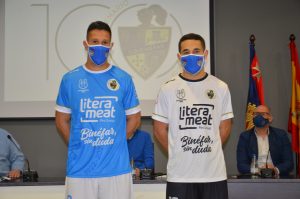 Litera Meat is positioned next to the new slogan “Binéfar, without a doubt”