Litera Meat Renews and Consolidates their Commitment with CD Binéfar 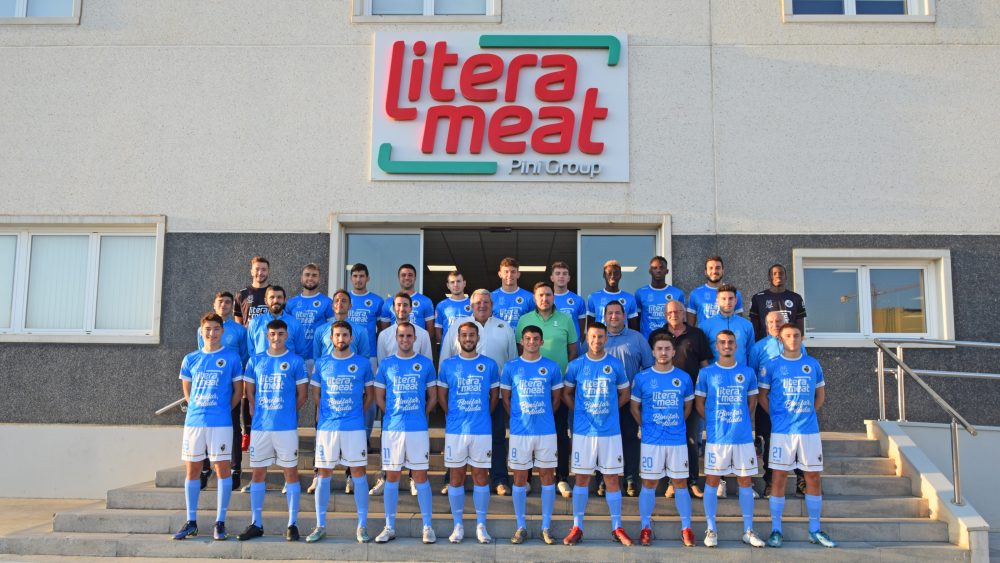 Binéfar’s Sports Club (CD Binéfar), one of Aragón’s most long-standing and important clubs in football, celebrates its 100th anniversary (1922 – 2022)

It is the fourth season in a row that Litera Meat formalises their sponsorship agreement with the CD Binéfar, thus strengthening the commitment taken on with this sports club when the company started operating in 2019.

Litera Meat and CD Binéfar formalised this agreement at the company’s premises at a meeting held between Francesco Pini and Jacobo Martínez ‒as Litera Meat’s CEO and Infrastructure Director, respectively‒ and executives from the Board of Directors of CD Binéfar ‒headed by José Luis Arcas, members of the technical team and staff of the current 2022/2023 season.

Litera Meat continues to back sport and its values, and this commitment is framed within the series of initiatives the company annually renews as a sign of support and collaboration with local entities, adding up extra value to the enterprise’s business activity.

For CD Binéfar, Litera Meat’s sponsorship means “key economic support for the growth of our sports project, which has allowed us to reach important goals, like being among Aragón’s best football teams and qualifying for the promotion playoff to Second Federation. Undoubtedly, for our club, it is an honour to renew this agreement with Litera Meat for the fourth time and we hope we can keep it for many more years to come”.